Diabetes – Is Your Lifestyle Putting You at Risk?

What would you say if I told you that not only is Type 2 diabetes preventable, it is by and large curable if you are willing to make some simple, inexpensive lifestyle changes? Believe it! 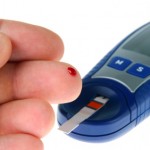 Diabetes rates for both adults and children are climbing out of control! Currently, one in four Americans either has diabetes or is pre-diabetic. In the last 20 years, the disease has quadrupled in children and adolescents. Not surprisingly, mirroring the weight gain of our youth. To-date, 248 million people in the world have diabetes and Type 2 Diabetes accounts for approximately 95% of all cases. Recent research suggests these numbers will quickly rise because hundreds of millions of people are border-line diabetic; SLOWLY developing insulin resistance.  Unfortunately, by following conventional medical directives, you may not be doing yourself any favours. Conventional treatment focuses on addressing the symptoms, in this case elevated blood sugar, rather than the underlying disease.

Only 1 in 30 people with Type 2 Diabetes have a genetic predisposition.  For everyone else it’s LIFESTYLE. To-date, no definitive diabetes gene has been found despite extensive research looking for it. Therefore, it is time to stop blaming your parents, grandparents, great-grandparents….It’s time for YOU to make a change!

How it all Starts

Before exploring possible solutions, let’s discuss some diabetes basics. When we eat, our bodies change most of the food we consume into glucose (a form of sugar.) Insulin allows this glucose to enter all the cells of our bodies and be used as energy. If you have diabetes, your body does not produce enough insulin (or does not use the insulin effectively), because of this, glucose or sugar builds up in the blood instead of moving into cells. As extra sugar gets stuffed into our fat cells, the overly crammed cells begin to die. Dying cells can cause an array of symptoms including chronic inflammation, which results when the immune system tries to adapt to the stress. This causes rotting of the cells and a buildup of toxins that further injure cells and increase insulin resistance.

Still don’t get it? Here’s another way to look at it to help you understand exactly what is happening: Imagine you buy some food and store it on a shelf. Then buy some more food. You need more space so you expand your shelf space. But the food you originally bought doesn’t get eaten so it rots!

This is essentially what happens to fat cells. As fat cells bulge, the body tries to store glucose in other tissues: Tissues including the liver, kidneys, heart, muscles and blood vessels. The rotting process takes hold.

Long before the diagnosis, your eyesight, heart and other organs are under attack.

Each year in the US:

86,000 have amputations
Diabetes can cut up to 20 years off of your lifespan. Scary isn’t it? Fortunately, there are actions you can take to help prevent Type 2 Diabetes! We will talk about the importance of diet and exercise shortly.

According to an Executive summary written in 2009 by the Canadian Diabetes Association titled “An economic tsunami – the cost of diabetes in Canada“, the economic burden of diabetes in Canada is expected to be about $12.2 billion in 2010.  This is an increase of $5.9 billion or nearly double its level in 2000.  The cost of the disease is expected to rise by another $4.7 billion by 2020.  The direct cost of diabetes now accounts for about 3.5% of public healthcare spending in Canada.

Currently, there are over 180 diabetic drugs in development. Why? More money! “Yet none of those drugs will become a cure, and many will fail.” – Gerald Reaven, leading genetic research on diabetes, Stanford University.

Exercise VS Drugs: A Case Study

Group 1 exercised and ate a diet required for healthy cell function. Group on average lost 7% of their body fat and reduced their risk of developing Type 2 Diabetes by 58%

Group 2 took commonly prescribed drug Metformin which reduces insulin sensitivity in the liver. This group reduced their risk of developing Type 2 Diabetes by 31%

No medicine is as effective for Type 2 Diabetes as exercising 7 days/week and following a healthy diet.

Most people in our fast-pace modern society will acknowledge the negative effects of stress on one’s health but what are the effects to our bodies?  The stress hormone , cortisol is an important hormone in the body, secreted by the adrenal glands and has a much needed role but if one is always in a state of “fight or flight” there will be short-term survival effect of this stress hormone release.

At the risk of sounding technical with the next section (I want people to realize the gravity of the situation), here are several health effects of short-term stresses on the body.  You will see that a lot of these effects are in direct relation with blood sugar and insulin:

All of these short-term effects of stress are designed to allow you to survive a short term emergency.  Without these genetically expressed adaptations you would die from any acute stressor.  HOWEVER, chronically eliciting these responses due to toxicity and deficiency (eating poorly, moving poorly, thinking poorly, trauma) can ultimately lead to fatigue, illness and death.

These are ALL caused by toxic and deficient lifestyle choices!!  Taking drugs to hide the effects is NOT the solution to the problem.  The only way to get and stay healthy is to REMOVE the stressors and to PROVIDE the proper eating, moving and thinking nutrients!  Prevention, reversal and reduction is possible! Do this by establishing a new belief system that health comes from you. YOU HAVE CONTROL of your health with every choice you make every day of your life. Don’t take your health for granted…it is easier then you think!

“When it comes to eating right and exercising there is no “I’ll start tomorrow”.  Tomorrow is disease.”

FitnessDiabetes – Is Your Lifestyle Putting You at Risk?